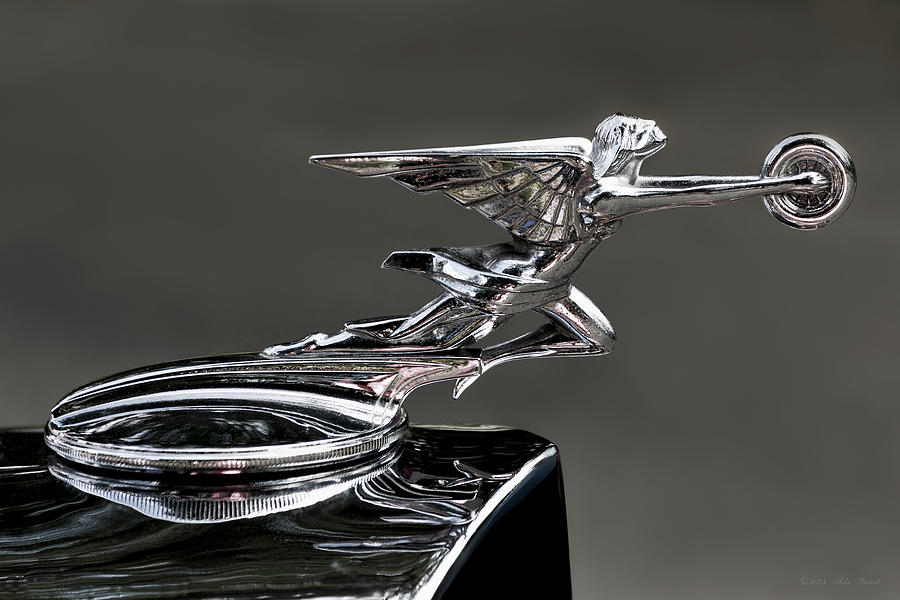 They sure don't make them like they used to... This is a hood ornament from a 1933 Packard, every year they seemed to have changed the design just a bit. It's official name was the Goddess of speed, but it was also known as the Donut Chaser, as the wheel looks like a donut.

It was a good name for it actually, because in an accident these heavy ornaments were known to fly off the car in some direction and injure people. It's one of the reasons they stopped using them, as the cars got faster. As time went by, the hood ornament became a smaller and smaller, later on being attached via a spring to keep people from stealing them.