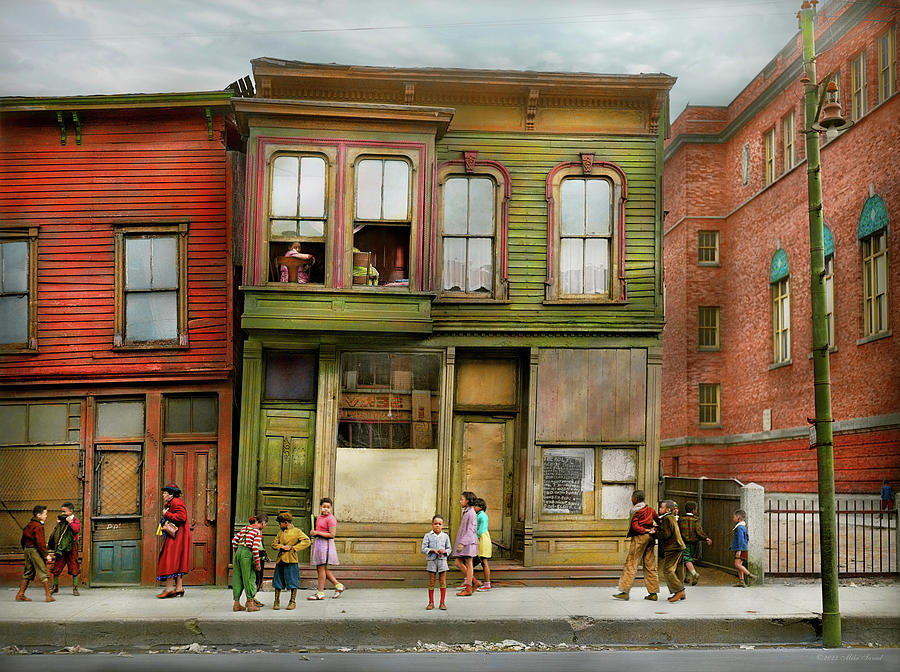 What was life like back in the 1940's? A time when everything had to be repurposed, and used till it collapsed? World War II sucked out a lot of resources, everything had to be devoted to the war. Companies that made appliances, cars, even toys, had to switch over to make war equipment.

Children in those days had to deal with shortages, rations, and the lack of new clothes and toys. Often getting hand me downs for both clothing and toys. Because toys were scarce, children had to use their imagination more, or resort to go old fashioned rough housing.

Housing, as you can see saw it bad too. There probably weren't enough workmen to help straighten this house, many were drafted. So people made do. I'm still wondering what door they went into, all these doors are boarded up or missing door knobs.

I'm not really sure where this location is but the sign on the building reads: The Holy Church of the Living God of the Truth. I don't know why it says that, if that building on the right is that church. Or if they all crammed into the bottom and that's why its leaning.