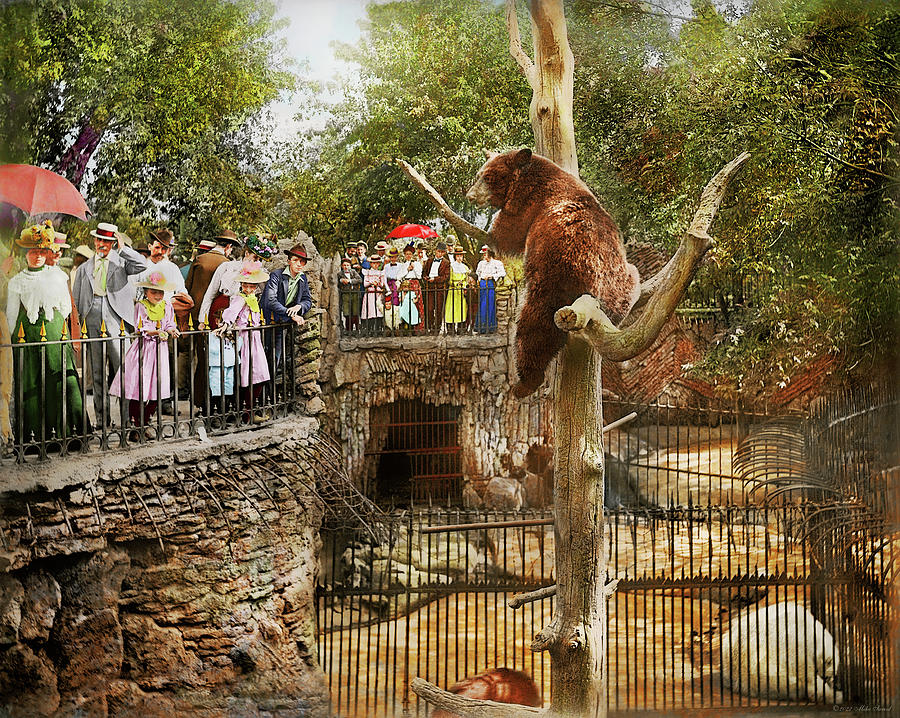 Lincoln park zoo in Chicago, was founded in 1868. At this time the park commissioners were given a gift of two pairs of swans. As time went on, more animals were donated to the park, such as a puma, two elk, three wolves, four eagles, and eight peacock.

By 1874, the park bought its own bear cub for $10 ($250 today). But because they didn't have a sufficient enclosure, the bear would escape at night and wander around the park. In 1884, it was reported that the first American Bison as born in the zoo, at this time they were almost hunted to extinction. As the years moved on, animals came and went.

Now this bear enclosure was one of those that went, as it was seen as a cruel way to exhibit bears. The cages were lined in concrete, cubs separated from their families. As you can see there are lots of spikes keeping the animal from going too high, and the only entertainment is that tree, and looking at delicious looking people.

On an unrelated note, can you spot the time traveler?