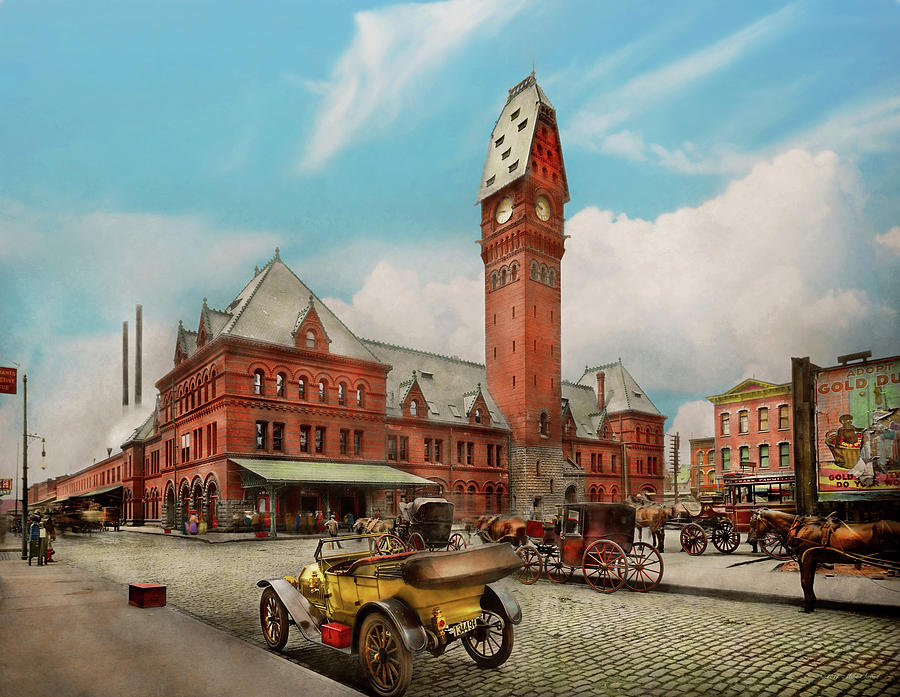 Dearborn train station, located in Chicago, Illinois. It was first opened on May 8th 1885, it had tall roof's, unlike today. The building was 3 stories tall, the clock tower was 12 stories. It had 10 staging tracks, and it was the height of all stations back in the 1920s. At that time they had 146 train stops a day! It was regarded as one of the finest stations around.

In 1922, there was a big fire, no one quite new where it was located, other than it started in the walls. As a result, no one really knew there was a fire, until it was raging from the top. Passengers were scurrying about, trying to rescue their luggage, while police had to push them out with a stick.

Unfortunately they couldn't find anyone willing enough to rebuild that steep roof when they rebuilt it, so they left the roof tops flat. This station ran until 1976, and later that year, they took out the train shed in the back and it sat empty till about 1980. They turned the space into offices and commercial properties, and turned the track space into a park.

Congrats on your sale!!

Beaufitul! Kudo for you!

Amazing work,Mike! I want to jump into the " rag top ". Congrats! F/L

CONGRATULATIONS!! Your beautiful artwork has been Featured by the - CHICAGOLAND ART GALLERY - group on Fine Art America / PIXELS! Thank you for sharing it !! http://tinyurl.com/ChicagolandArt

This is awesome...beautiful place and You art is like real life time machine :) v/f

Mike you did a beautiful job on this one ... great rich but true colors and as always, your fabulous signature shadings. l/f