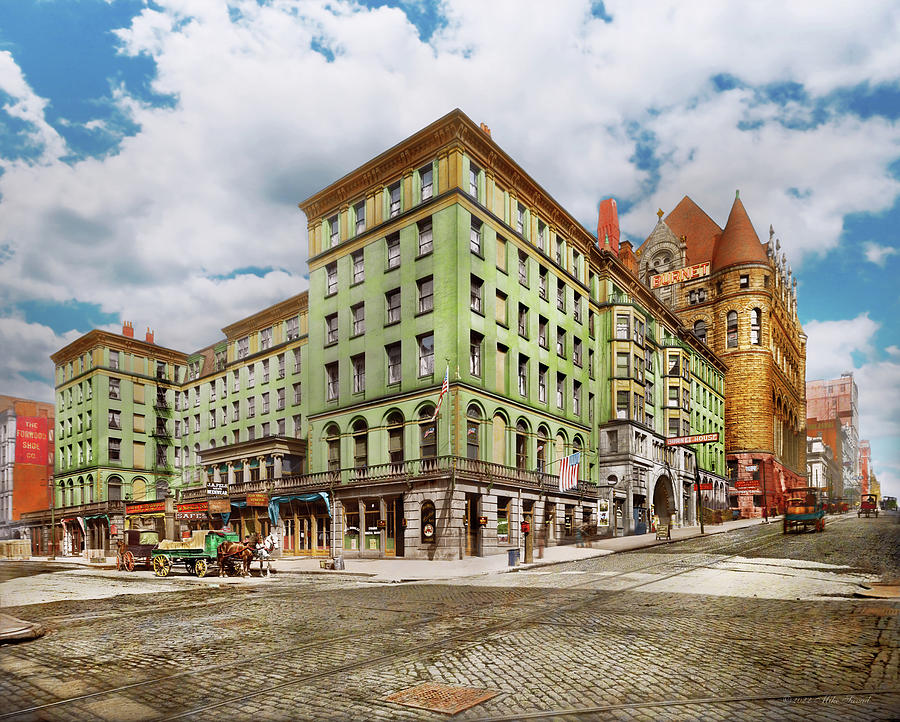 In 1802, A judge by the name of Jacob Burnet, who was a political judge, a politician in the Northwest territory, a U.S. Senator and president of Cincinnati college owned a mansion here. He was fairly rich, until he wasn't, debt collectors forced him to sell his mansion in 1825.

In 1842, William Shires used the property to for a summer garden and theater with a restaurant inside the Burnet Mansion. But the garden burned down in 1848, and in its place this hotel was built.

In 1850, May 3rd, this hotel was opened. Built in an H shape, that sort of matched the mansion that was there, it had 340 rooms, and had modern amenities like running water. It was designed by renowned architect Isaiah Rogers, and was illustrated in the day as the "finest hotel in the world". It originally had a large dome on it, and the interior was very fancy.

There were many notable people that visited here, from Oscar Wilde to Jenny Lind, to even future presidents and even a future king (Edward VII), all stayed here. Abraham Lincoln was a guest twice, the last time was on his birthday en route to his inauguration in 1861.

In 1864 right around March, General's Ulysses S. Grant and William Tecumseh Sherman met in Parlor A. They spread out big war maps and discussed the campaign that soon resulted in Sherman's historic devastation of Georgia and South Carolina. Thereafter Parlor A thus became a shrine for years, and the Sons of Union Veterans held meetings there.

The hotel was a success holding political meetings, weddings, parties, banquets and so on for decades after. In 1926, they tore it down to make room for the current building that's there now. The only reminder that there was ever a huge luxury hotel there is that they put a sign up saying it was there.

I really love the colors you used here. Shared.

Congratulations, your wonderful image has been featured in The Art Workshop Group -- thanks for sharing it with us! Please feel free to add it to the most recent Feature Archive in the Discussion section (using the "embed" link on your image page). Also, if you like, please find your category in the discussion forums and embed/post the image and discuss your methods for our learning community!!!