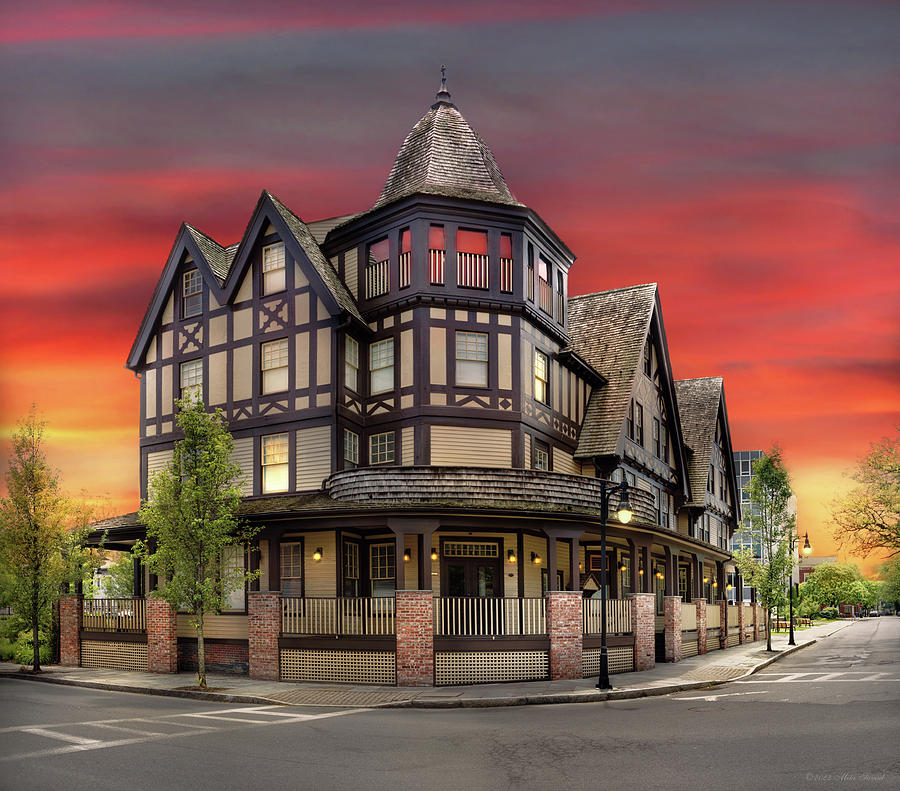 This was the Kirkland hotel, it was built in 1899, when Margaret Conklin purchased the land that was once owned by a lumberyard. The design was relatively new at the time, compared to its counterparts that had a more conservative restrained approach when it came to hotel building. It was built in a Tudor-style, built as a trapezoid and has four floors. It's located on the corner of Main St and Clinton Ave in Kingston, NY, just outside the Stockade district.

She later sold the hotel in 1917. Who then sold it to another person in 1922, then again in 1948, and yet again in 1950. At this time the basement was converted into a restaurant called the Dutch Rathskeller restaurant. By 1968 the hotel itself closed, then by 1972 the restaurant closed too.

Then in 1976 another restaurant opened and they called that the Cleaver Steakhouse, which was located in the same basement, then it failed later that year. In the mid 1980's the attempted to make this an historical landmark, which it eventually got on November 15, 2002. They actually considered demolishing it before then however.

It was decided that they would keep the original interior room layout, and convert the building into residential and office space. Presently as of this posting, its being used as the Ulster Youth Building. It was kept because its a rare surviving example of a wood-frame urban hotel.

So beautiful! If only those walls could talk...