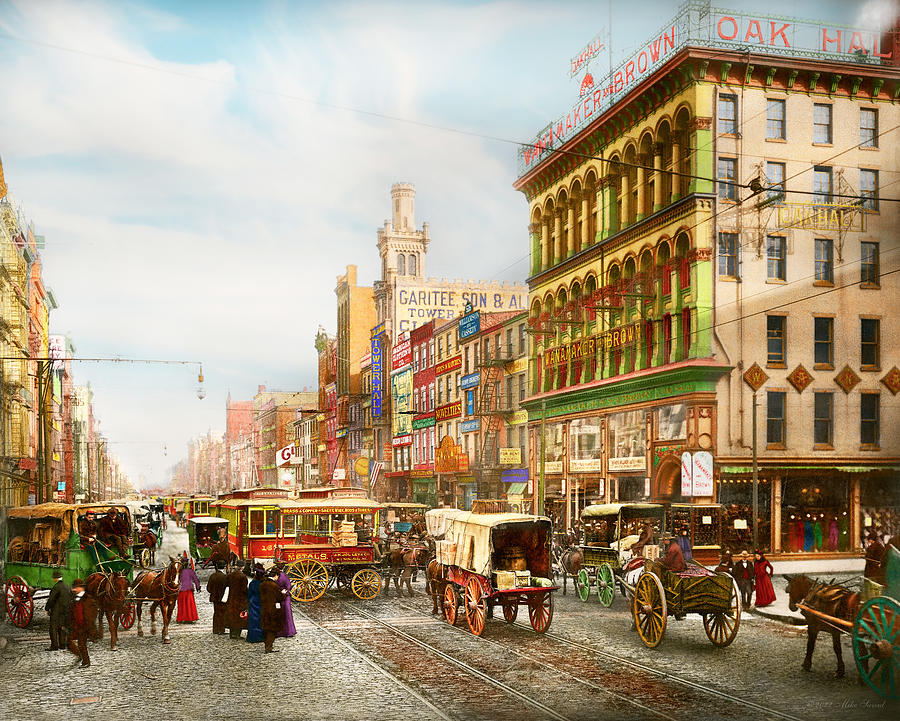 This is Market Street at Sixth St, facing towards the water (for direction). On the right is the Wanamaker and Brown department store, which was built in 1861. Wanamaker opened his first store on this corner, and after he moved to a larger building down the street, they kept his name on this one though. Eventually this building became America's first department store. That said, every state seems to claim they have the oldest first department store, but we can say for certain it was the oldest in this particular location. As a teen he worked in Bennett's tower, and worked his way up learning the ways of advertising from his boss. Then competed with him just a few years later.

Further down the block, that castle like structure, was called Tower Hall. It was was officially built in 1849, then they raised the 4 story structure to 7 stories and opened again in 1855. He wanted something large that didn't take up a lot of space on the block, he built up and not wide. Something that looked different, something that would attract attention from a distance. This is what he created, he sold clothing and made it as well. It was the second tallest building in the city. The tower went by other names including Bennett's tower hall, clothing bazaar, and Garitee and Son Tower, originally located at 518 Market St.

For the most part these buildings survived to about 1957 where they were demolished to make space for Independence mall (a large green park). It's said that the traffic may have been staged for the photographer to make it busier looking than normal. But from what I understand, it was pretty busy anyway.