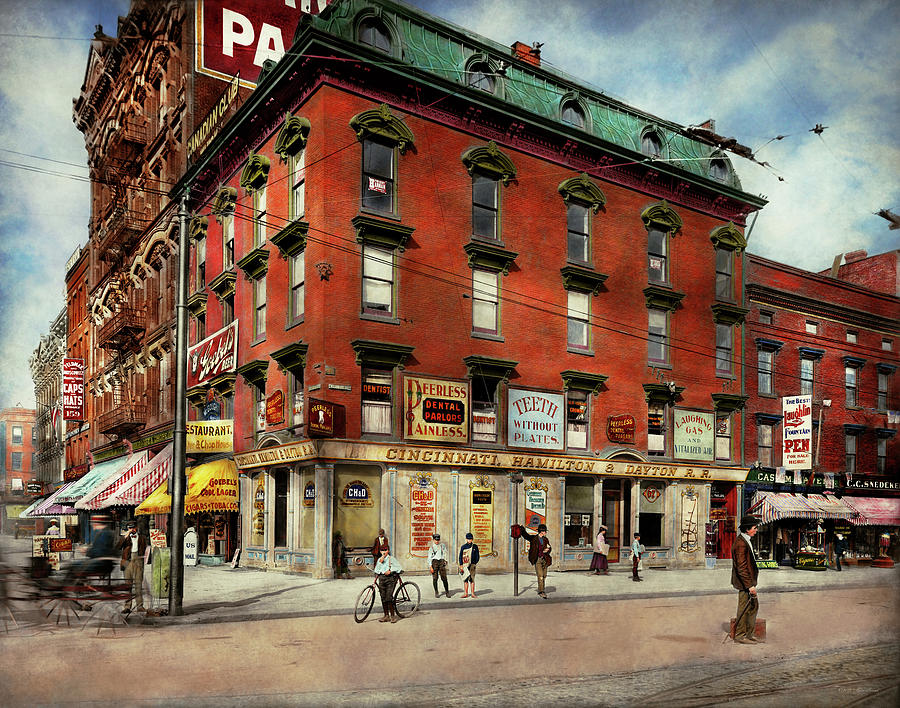 Bold claims were everywhere in the past. For example, Peerless Dental Parlors, offered a combination of laughing gas and vitalized air, that's what they called chloroform in those days. It was made illegal later on. But I suppose if it stopped the pain, that's always good.

This building contained many businesses, one of those is the CH&D railroad excursion., there was a restaurant, and next door you can get some fountain pens. I do wonder what was going on at the end of the block, a number of people are looking in that direction.