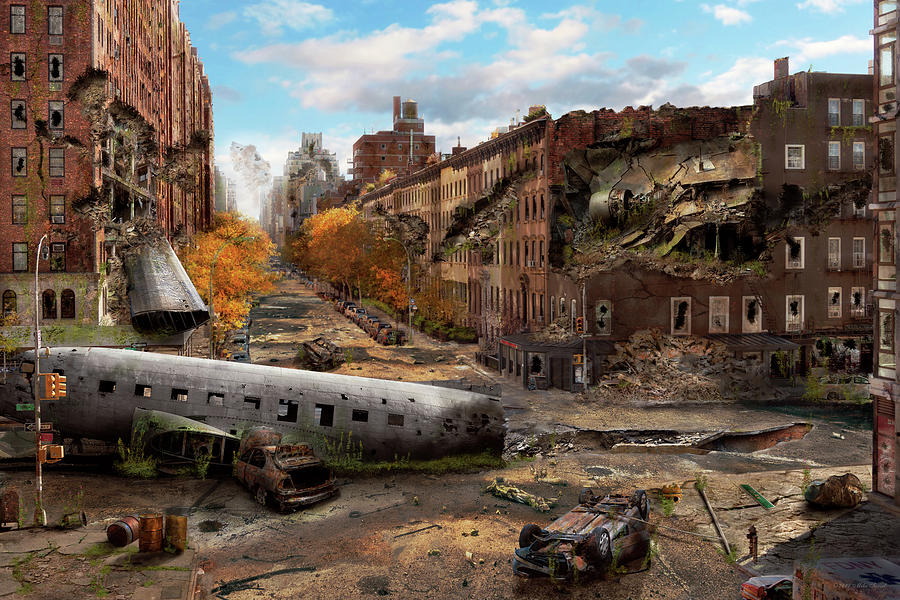 You know what I miss the most right now? The internet. Full of hopes and dreams, a place you can discuss anything about. Everyone had a different opinion which is why this happened.

Conspiracy became very rampant in during this time, people were able to compare notes of things they thought they knew. And each idea became more twisted every time someone else processed that information. Soon everyone was fearing everyone else.

It became so bad that people starting going after each other for really stupid reasons. Every time someone saw a plane in the air, they thought the people on that plane "knew something" and were shot down out of the sky, all because of this weird fear everyone had.

Soon after, the country all looked like this. Tragedy everywhere, burned out cars, wrecked buildings, no power, and worse no internet. But because there is no internet, people woke up and starting wondering why people went crazy in the first place, and they stopped, practically over night. There was no more local wars, but it was also way too late.