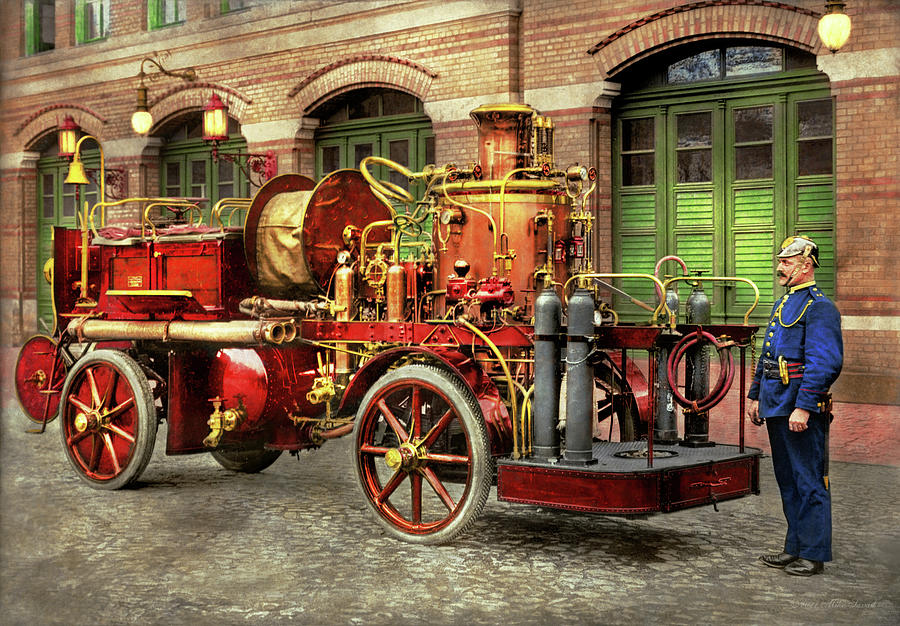 This interesting vehicle is an electric fire truck from 1907 made in Germany. While it wasn't written down if this truck was entire powered on electricity, other trucks I saw had no place for an engine or a horse, so I assume it was driven by power as well.

This was considered to be a very modern truck of that day. You probably have seen machines like this in museums, it looks a bit like a moonshine still. How they normally work, is that it uses steam to pump water to put out the fire. But this took a lot of coal, and a person to man it, and make sure the fire doesn't go out because if it did, it would take a long time to make the water boil. Steam pumpers were noisy, they made a lot of smoke, they sent off embers that could start new fires, and you always had to have a guy maintaining it.

So they introduced electric trucks. They had many advantages over steam. The trucks were 60% lighter, and were 1/3rd the price of a steam pump. The motor was simply turned on, and the truck pumped water in an instant. No steam needed.

But while many were made in the past, in multiple countries, they really never took off because in order for these to be feasible, you needed to be near electricity. And many locations just didn't have the infrastructure they needed. I think they had a chance in the city because the power was already there as they used it for lights and electric trains. Otherwise it was too expensive because they would have had to build more power.

The truck was quite weird looking, the front is where the bell is, a driver would face forward. The others would sit on the sides holding on for dear life. And the last few would stand in the back, so they can make a beeping sound if they had to back in.

Congratulations! Your image has been featured in the group "Photography Evolution".