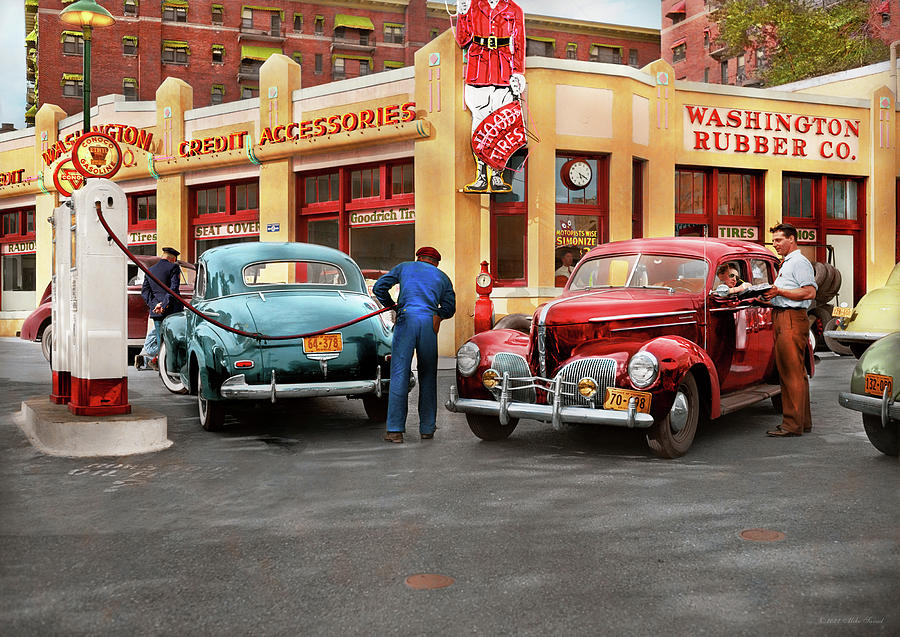 Gas Station - The rush before rationing 1943

Gas Station - The rush before rationing 1943

During World War II, gasoline was deemed a precious commodity due to its limited supply. They needed it to fuel planes, tanks, Jeeps, and boats for the war effort. But normal citizens also needed gas to go places. The government implemented a system using Gasoline Ration Cards.

Cars would receive a sticker or a card that had a letter on it. The Letter A, allowed a car to purchase 4 gallons of gas each week. If you were employed in a factory that supported the war effort, you had a letter B. Doctors, nurses, farm and mail employees, all had a C on their sticker or card. Letters B&C would be allowed 8 gallons of gas per week. There were other designations such as X for congress, E for emergency vehicles, R for non-highway farm vehicles and T for truckers, but its not known how many gallons they were allowed.

As it happens, this particular station, on Jan 1943 The Washington Rubber Co, only seven months after rationing started, were suspended for two months for violating gas ration orders. Its a pure coincidence this very station was photographed before they did this.