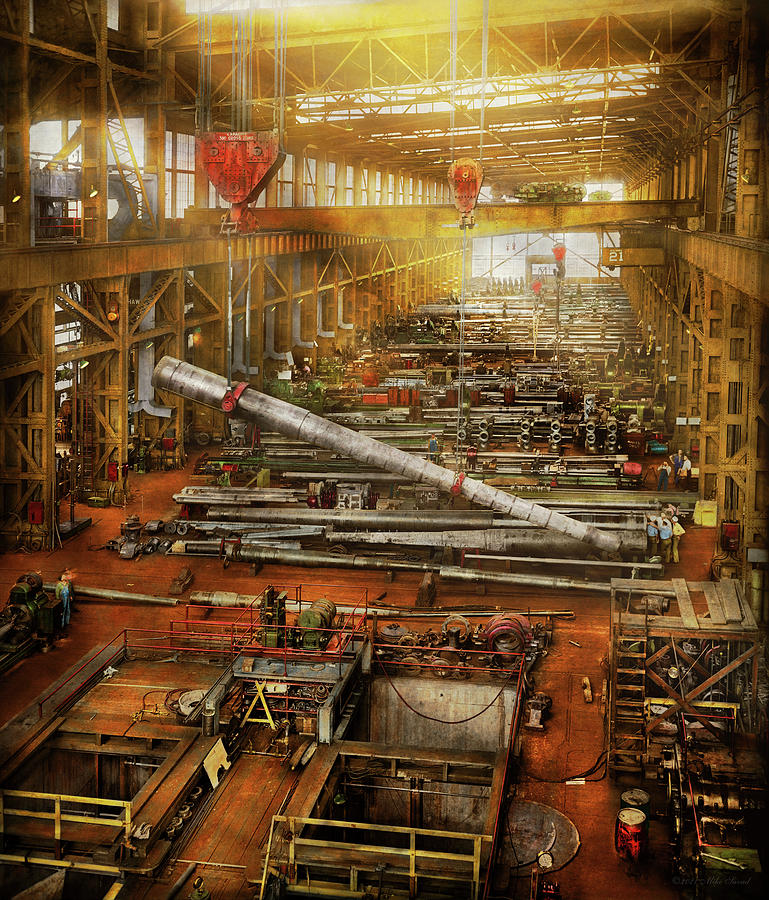 I find it fun to watch factories like this grow over the years. From this date, going back say 50 years, they made cannons that were about 15 feet long, in a small cramped space. Using light from gas lamps, and using lathe's that were belt operated.

Look at it now, this whole operation, with cannons that are very large, well over that 15 ft mark anyway. This is the Navy Yard in Washington DC, they have been building ships or making guns since 1799. While they started only making ships, they switched over to weapons in 1814. They constructed twenty-two vessels here, when they were making ships.

By World War II, this yard was the largest naval ordinance plant in the world. The weapons designed and built here were used in every war in the which the United States fought until the 1960's. At its peak it had 188 buildings on a 126 acre plot of land and employed nearly 25,000 people. Today its a museum.

Congratulations Mike! Your astonishing image represents the spirit of the group Electronics And Mechanics that I want to convey! There is a thank you thread on the discussions tab if you would like to archive it there.