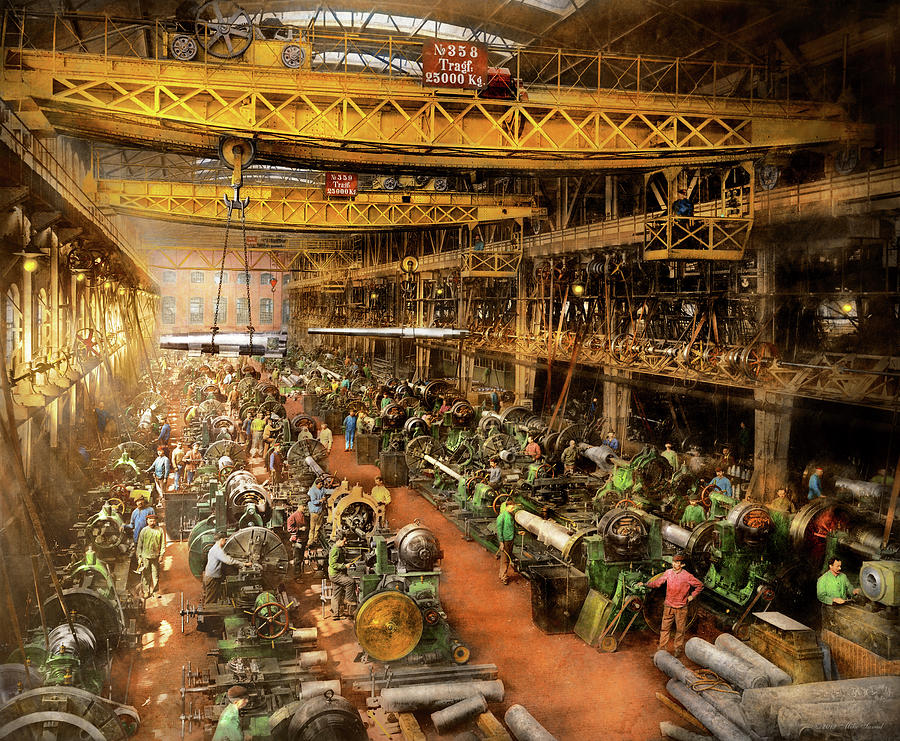 The Krupp gun factory has had a very long history since it opened in 1587, yes, 400 years old this company has been running. And while Krupp, the owner, got his original wealth by buying vacated homes due to the black death. After that they made guns, and eventually ships and everything else.

Fast forward to about 1908, where electric steelmaking was introduced at this Essen works facility. They were able to replaced high grade crucible steel. They did intensive research working with alloys, that in 1912 they developed a stainless chromium-nickel steel, which besides being corrosion resistant, it could withstand acid and heat. They were able to use it in a wide variety of applications.

By World War I, they started building a stockpile of armaments, while expanding the company. That's what's going on in this picture. The company was huge, employing 168,000 people by 1918.

Seen here, are a number of electric lathes in the center, with older belt drives on the sides. I'm not sure why they have belts on the sides, other than the gantry would run into it, but there must be a reason they still used the belted lathes in those days. I thought it was interesting that the large gantry's, have a tea pot, but the lighter version in the back, does not.

great image. Congrats on your feature!