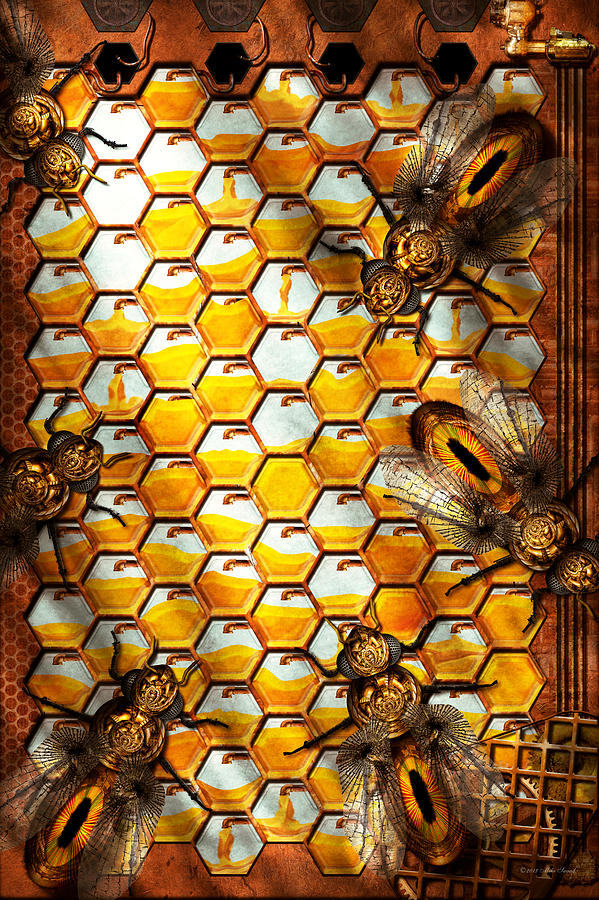 In the distant future, bees will all be extinct, killed off by humans taking their primary food (honey), and replacing it with synthetics. Many died off due to parasites due to the fungicides we put on things. Scientists invented a robotic bee that does the same thing as a normal bee does, but because due to the laws of nature and robotics, they became sentient. Each bee is evolved with an all seeing eye in the back and utilized lasers to defend themselves. Because the honey is no longer needed as food for themselves, the honey is stored and refined in great big towers. Robo-Bee's as they call them, maintain the honey. The honey is dispensed in a controlled manner by the bees themselves.

Congratulations on your new sale Mike! :)

Congratulations on your sale! ! !

Wonderful job on this!

congrats on your sale

oh, this is so cool.

Featured in The Creators Guild, another great piece of Art by one of our talented members.