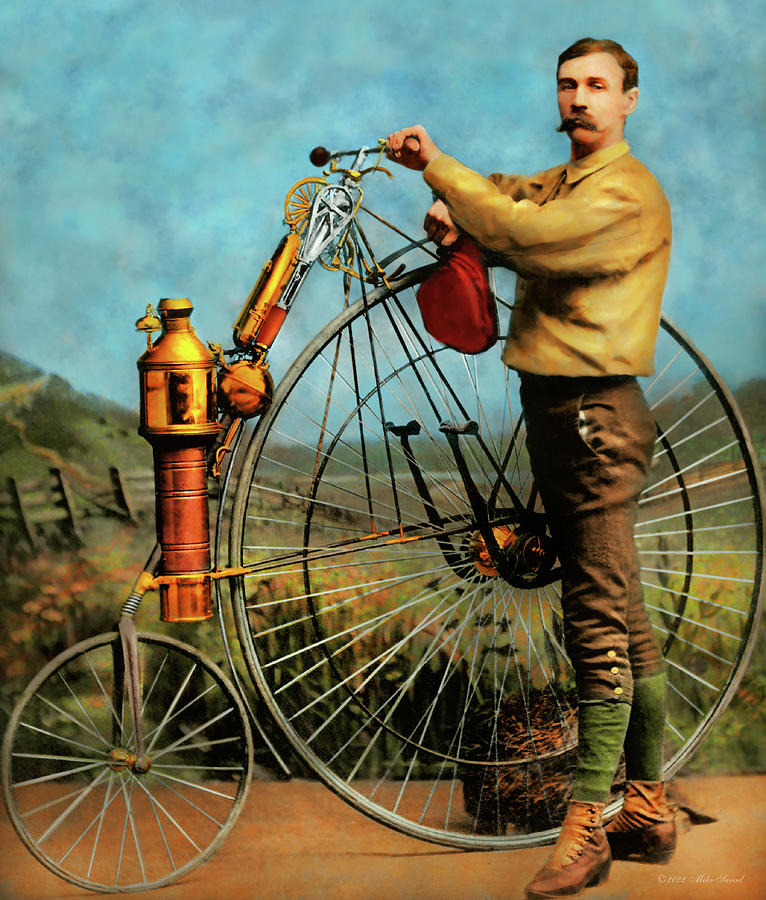 You really have to admire the ingenuity of the people in the past. Who could slap a motor on anything and its a new thing.

This is Lucius Day Copeland, an engineer in Arizona, standing by his highwheeled bicycle, that he created in 1881, driven by levers with a small steam engine attached. He basically invented one of the the first motorcycles. The steam engine had about 1/4hp, and the boiler and kerosene heater was built around the steering column. A flat leather belt drove the large rear wheel, and it moved at speeds at about 12-15 mph. It carried enough fuel and water for about an hour of operation.

He also created and patented in 1887 for a three wheeled version as well, it could carry a passenger. Copeland set up the Northrop Manufacturing Co. in 1887 in Camden, NJ, over 200 were made.

I couldn't tell if this bike was put into production or if it ever left the prototype stage. A model was made using measurements from a museum, and it was driven to show it could drive, I believe it was 1 mile in 4 minutes. But that was probably on a smooth surface, try cobblestone with gaps, that would be more interesting.