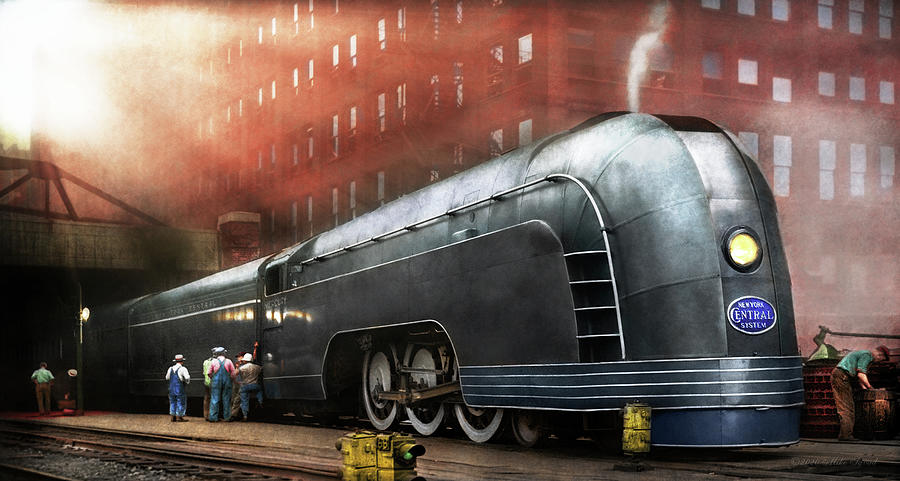 This fine train was known as the Mercury, built in 1936 designed by Henry Dreyfuss. This may be the Central Station in Chicago, probably dropping off guests. The year is either 1936 or 1939 (I've seen both references).

The theme for this machine was to create something new and futuristic, while at the same time, not spend a lot of money, because they just came out of the great depression. They built it from scratch, but using heavy stock as a base. While it looked like it could be from the future, its still a steam locomotive underneath. It has 79" wheels, and they light up at night, using hidden lights. They wanted something that would stand out and have its own flavor and character.

Ever hear of the term "the red carpet treatment"?

It started from the 20th Century Limited, related to this train. They had a high speed overnight Pullman that went from New York to Chicago in 16 hours. It was a fancy train with waiters and chef's at the ready. Red cap attendants would roll out a long red carpet as long as a football field. They would help people aboard and treat them like royalty. They chose a route close to the sea level so its very level and smooth. They compared the train ride to sailing on the the Queen Mary. They had this service from 1938 to 1968.