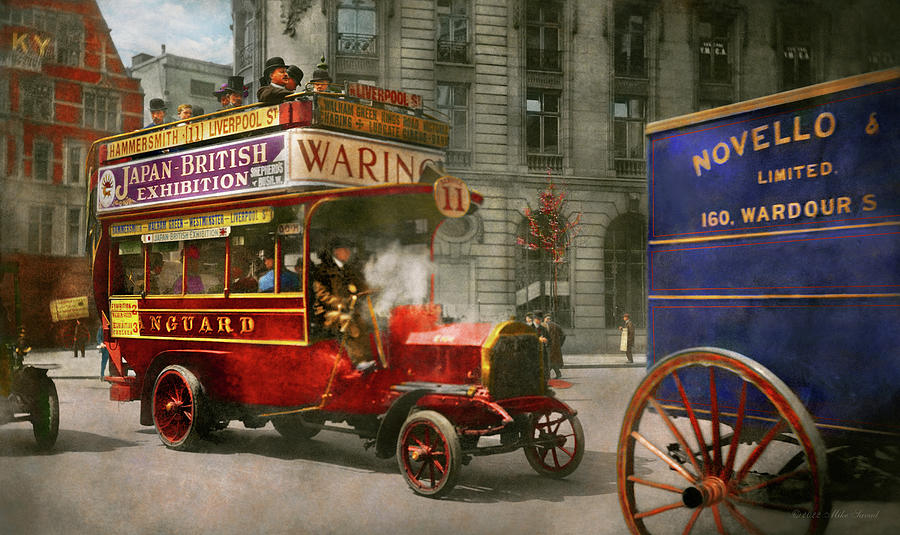 A popular icon in London is the double-Decker bus, they had these even when horses pulled them, complete with the spiral staircase in the back. But back in those days, they weren't all red.

Making them red was started by the London General Omnibus Company (LGOC). They existed from 1855 to 1933. They started with horse drawn carriages, and as they grew as a business, they would buy their competition, so by 1908, they had controlled 600 of the 810 omnibuses. They were able to buy out their competition and became a monopoly.

This particular bus is Service 11, it was introduced in 1906, and it runs on the oldest continuously operated routes in London. See that puff of smoke, its actually steam, as from what I understand, were all steam powered buses.

Oh and that red color, buses in the past were all sorts of colors, there was no common color. The LGOC decided that all the buses would be red so they would stand out. They are still red to this day.

The building on the right is the Aldwych, and the one in red one in the back is the Wellington.