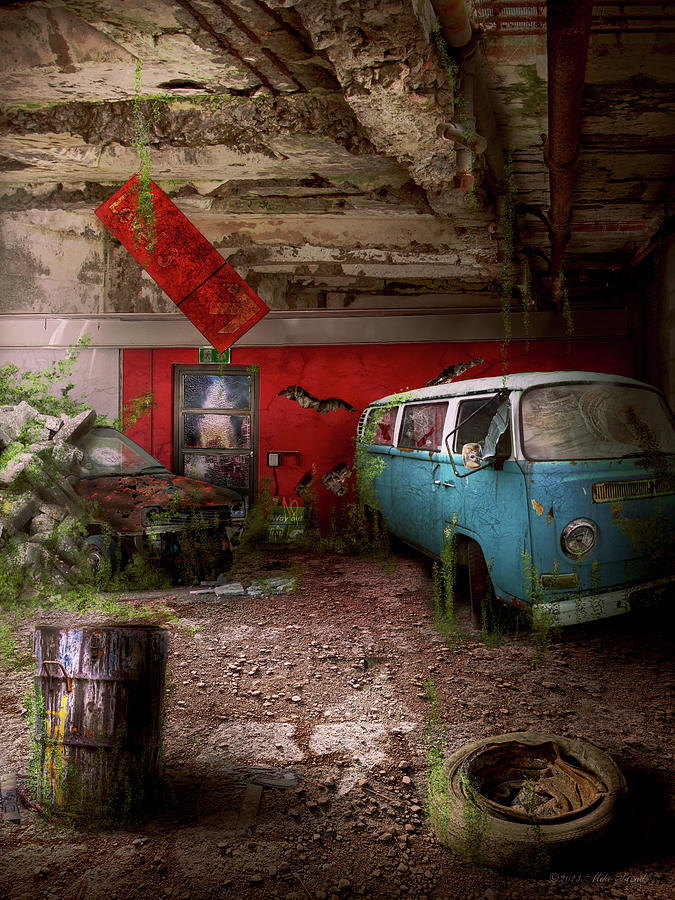 It came so fast, no one could react. A blinding light, a large explosion, and a pressure blast that sent everyone flying. Its not known exactly what happened, all we do know is that very few people survived the blast.

The only survivors were gamers and loners, as they never step foot outside, and just happen to be safe from the blast. But without power, they were forced to go out into the daylight once again. Confused about what happened, the outside world looks a lot like their game did. Having no good survival skills they set out to live in near by vans and trucks.

The hardships they faced were immense. There was no power, therefore there was no way to heat up their burrito, that's when then really felt the pain of how real this all was.

An impressive work of art. Every detail of this picture could certainly tell us very different and long stories.