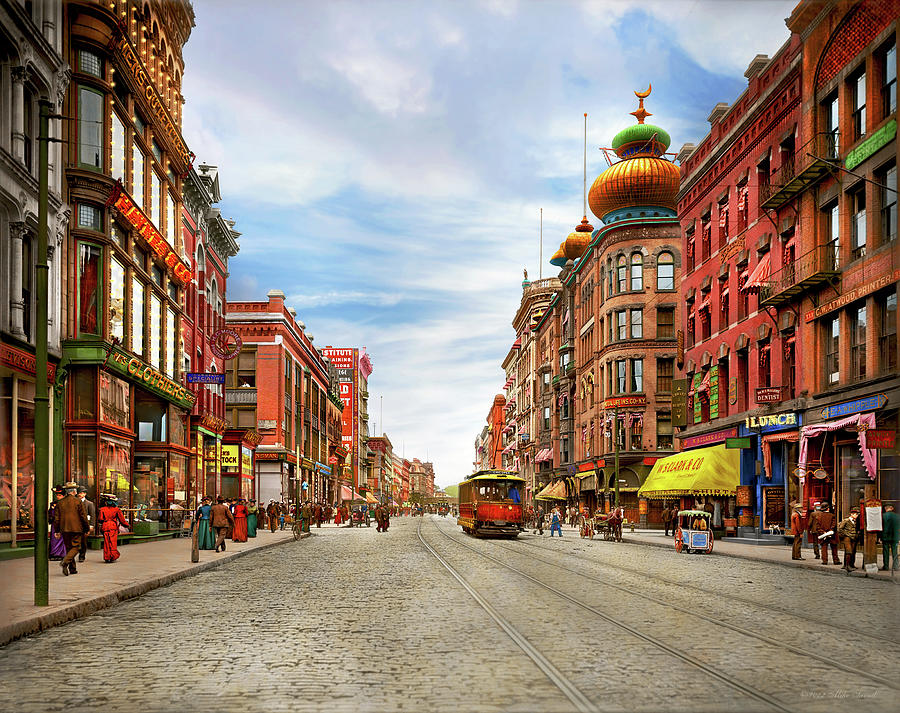 There is some interesting architecture on this block, some of it even still exists today in one form or another.

On the right, with the crazy domes is the Insurance building. It housed a number of difference insurance companies, but the upstairs had a Masonic temple of some kind. The building still stands today, though the domes are long gone, and the building seems shorter now, this one is twice as long.

Next to that one, that lighter tan building is Hotel Worthy, they had 200 rooms with a bath, sample rooms for traveling men. They even had filtered water for drinking, ice and bathing. The ice was hygienic, they made it themselves, it wasn't dug out of a lake. They even tested the ice to make sure it was clean, which makes you wonder just how filthy ice was back then. The building exists today.

The rest of the street had a number of large department stores where you could get all sorts of clothing. The trolley system could take you straight to Boston with only one or two changes of cars. The trolley would pass Hotel Worthy every few seconds, so there was always a ride available.

The Union Station was just two blocks from the hotel and there were plenty of theaters.