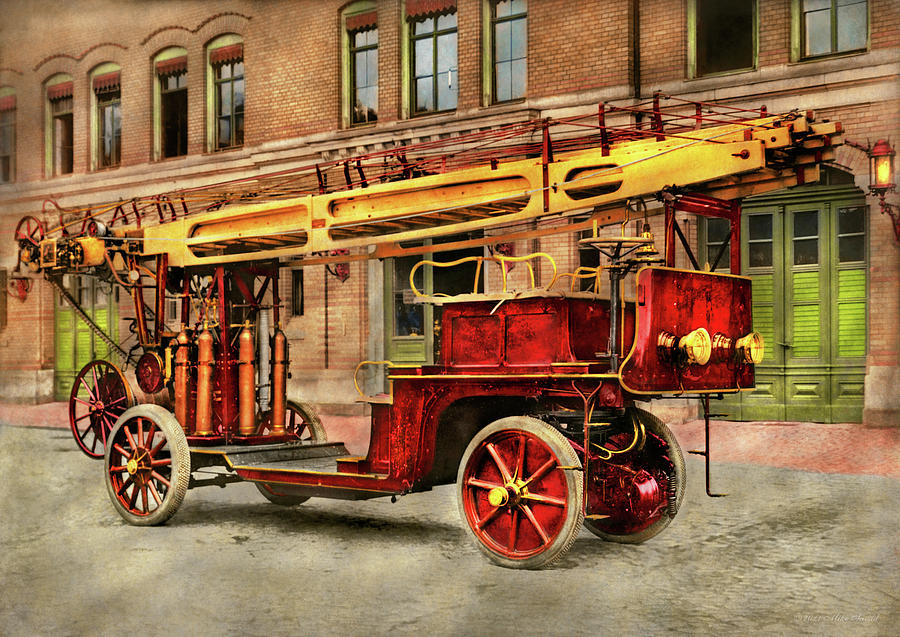 When you think of electric cars, you think of high tech advancements where we don't need gas and it just all seems so new. But its not, its been around for a very long time. They had electric cars over a hundred years ago. But they weren't that popular, as they needed a lot of power to charge them up and such. Like today you still need a power grid that can support such things. That was the main reason they never really took off and why we use gas now. That said, they didn't have to use a horse, that is a savings right there.

This is an electrically powered ladder truck. Made in Germany back in 1907, they were showing off their new fleet of trucks. It ran quietly, and had a motor that lifted that ladder, you can see the chain in the back. Presumably, that box in the front must have been where the batteries went. I'm not sure what went into those cylinders, maybe they were large fire extinguishers. The real weird thing about this truck was the seating arrangement. They seemed to have put them just about everywhere. Those might be belts that held them in.

Built by Braun for Berufsfeuerwehr Berlin. It's believed those tanks contained Co2 and it lifted the ladder. Its possible the motor assisted as well.

CONGRATULATION! It i my pleasure to FEATURE you artwork on the homepage of the "Urbex abandoned in the word" you are invited to post in the group's features discussion thread for posterity.

Your image has been added to the INTERIOR IMAGES group. Thank you for participating.

Congratulations on being featured in the FAA Group 'Promote Your Work Here and Get Noticed.' To ensure your feature remains available over time, post your featured image(s) in the Group's featured image archive (l/f and pinned, www.pinterest.ca/tendrelimages/01-promote-your-work-here-get-noticed/)