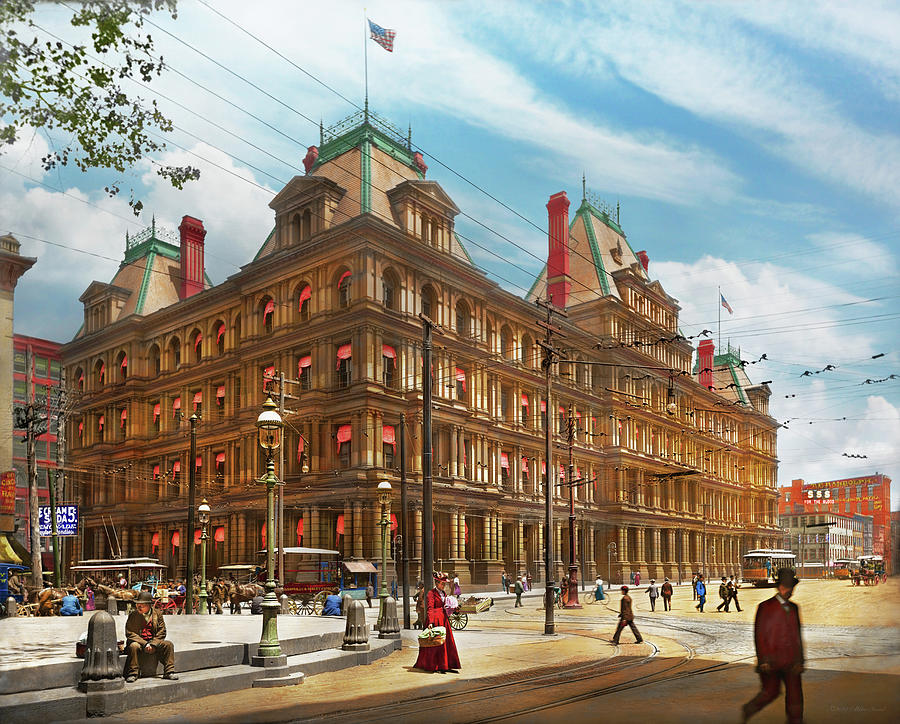 This was the United States Custom House and Post Office in Cincinnati, Ohio, built in 1885, it served as the main federal building. The building was placed here because the fountain that was installed earlier, attracted a lot of attention. This building has some historic importance, they had a few famous people visit it. Three Presidents - James Monroe, Andrew Jackson and John Quincy Adams - had visited it. It was torn down in 1936.

By the 1930's the city grown larger and this building was too small, having only 27 departments. Ironically the new building is actually smaller than this one. The court house (Potter Stewart), was a little smaller, but the office space was larger. While physically the building was smaller looking, it has more floors, this building only has five stories, the new one has nine stories, the height was about the same. Presumably they had much taller ceilings in this building.

You can see a newer style street car which uses power lines overhead.