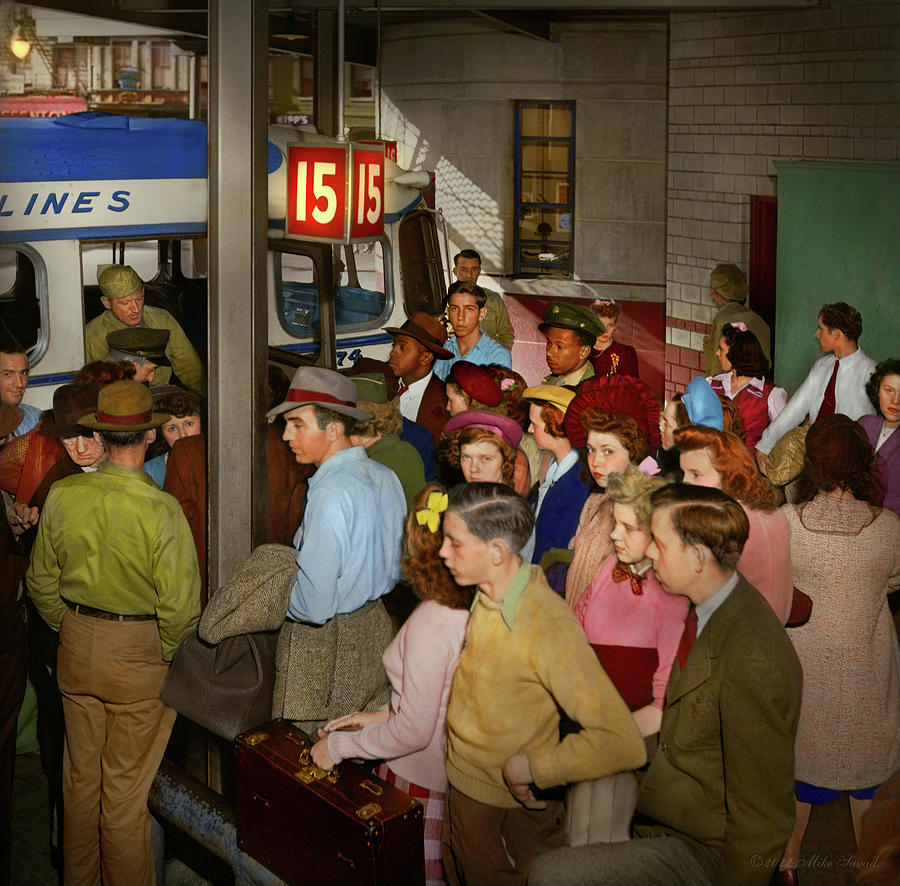 The Cincinnati station was built from 1941-1942, inside it had terrazzo floors, a restaurant, barber shop and a drug store. The Cleveland station was based off of this design. This building has been demolished however.

This image was taken by a photographer named Esther Bubley, a government photographer that was placed on various assignments. Though originally she worked in the darkroom as an assistant at the Office of War Information (OWI) in Washington DC.

Taking a bus during wartime was really the only way to travel. With the chaos the war brought, rubber and gasoline were rationed. So many took trips on buses, as she did. She went from location to location on a bus, and photographed a lot of people on buses. Then getting off, the city it stopped at. She captured America at an evocative time. Each time capturing a slice of life.