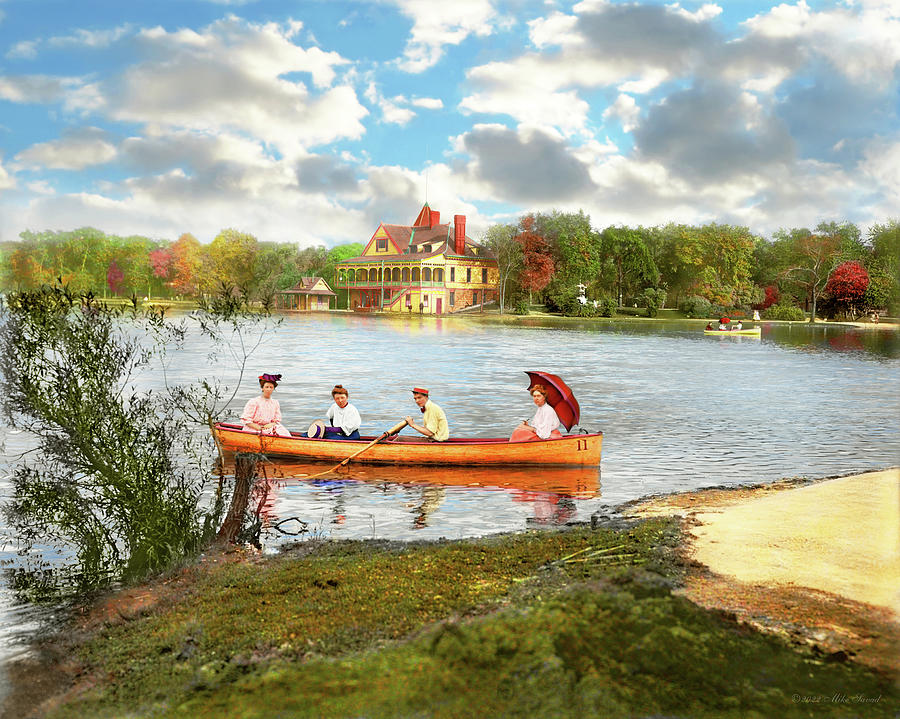 This is East Garfield Park in 1907, not to be confused with West Garfield park which is a town, or Garfield in general because that is a cat. In the early days they had activities such as canoeing, and just sort of sitting around looking at stuff.

In the background, there really isn't a lot of information on that building other than its either a boat house, or its the Garfield Park Cafe, though that may be the house directly behind that one with the red pointy roof.

Today however both those buildings are gone, I think the viewpoint is from the current domed building.

Bravo, your outstanding work has been featured on the homepage of the FAA aRt diStrIct! You are invited to archive your work in the feature archive discussion